The rain finally stopped for a few minutes and the sun came through the clouds and I wanted to upload a picture of the view from my window. 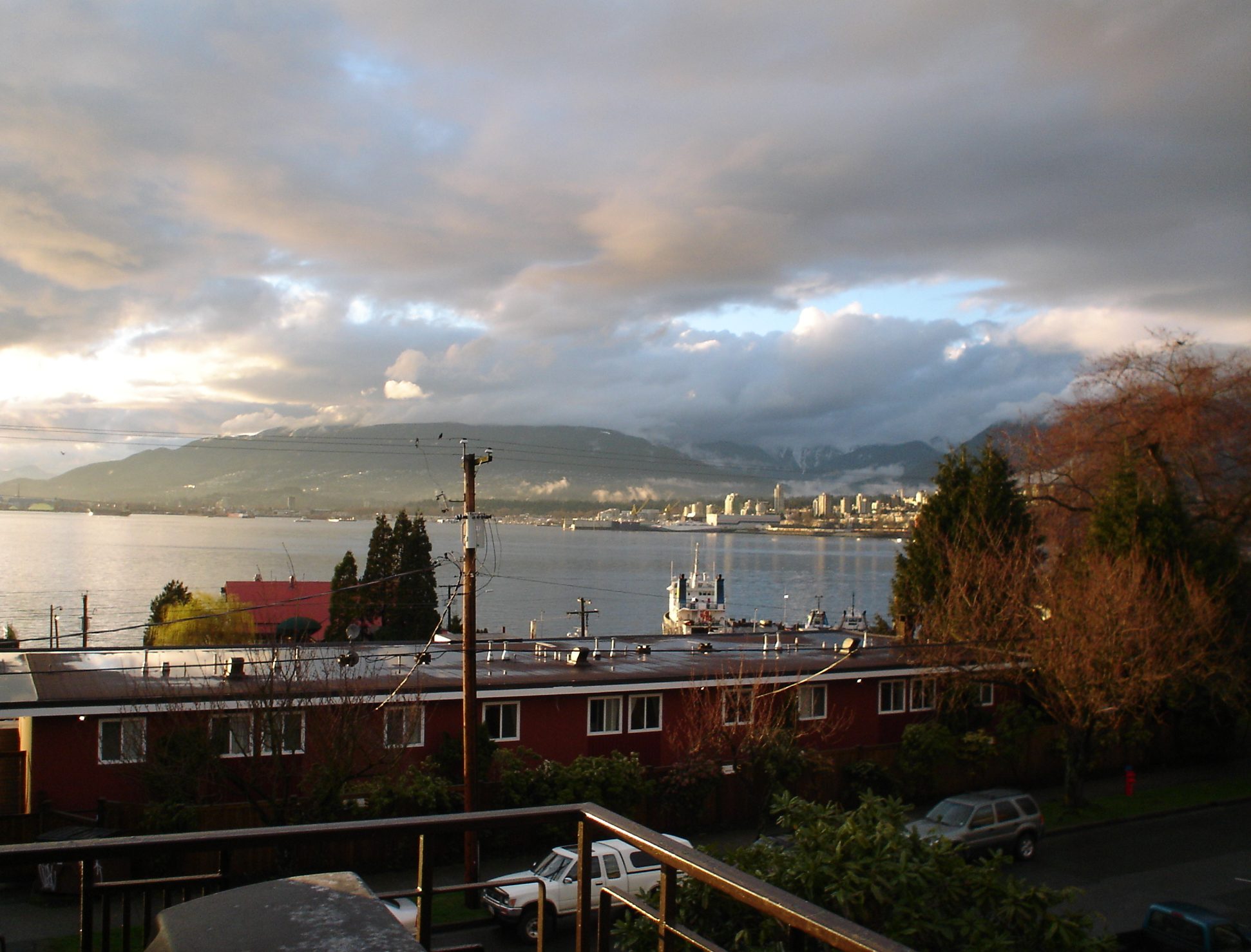 In real life, the buildings down below don’t really get in the way of the view.

It’s pretty sweet, and maybe the rain will let up so I can have more swell view days and evenings.

Okay… so I moved and I keep trying to write something about me and my new place and my spectacular view and how weird it is when life changes and all that happy crap. But every time I write something, I decide it’s weird and wrong and I yank it down.
So sometime soon I will write about my new place and the view and the getting settled and the ripping the brother cats apart and all that happy crap.

In the meantime, there was important cancer news today. I found this on the CTV’s website (www.ctv.ca)
For me, it is extra great that the research is happening right here where I live.

The link to the story is here

The text is below:

New, “smart” therapies for metastatic breast and ovarian cancers may now be possible thanks to researchers in British Columbia, who say they have discovered a key cancer protein.

University of British Columbia researchers, along with cancer scientists, have pinpointed a protein called podocalyxin, which researchers believe is an accurate predictor of metastatic cancer — the kind of invasive cancer that spreads from its original site to other parts of the body.

The findings were recently published online by the Public Library of Science.

Researchers say the culprit was hiding in plain sight on the surface of tumour cells.

“The nice thing about it is, since it’s on the surface of cells, it actually is something that we can target antibodies to, or find a way to prevent its action.”

McNagny, a co-senior investigator of the study, said the finding is a “small but important step” to developing so-called “smart” molecules to block the protein’s function.

The researchers say information from this discovery may speed development of new therapies to within 10 years.

“The ultimate goal is to generate new targeted, non-toxic treatments,” added Calvin Roskelley, an associate professor of cellular and physiological science, which is “very different from the standard ‘slash and burn’ chemotherapy.”

Two years ago, UBC discovered that this same protein was an accurate predictor of breast cancer.

Last year more than 22,000 women were diagnosed with breast cancer and 5,300 died of it, according to data from the Canadian Breast Cancer Foundation.

The Canadian Cancer Society estimates that approximately 2,300 new cases of ovarian cancer were diagnosed and about 1,600 women died from the disease in 2006.